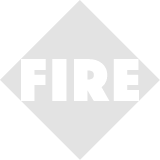 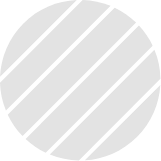 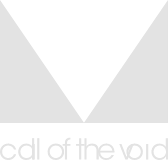 Call of the Void 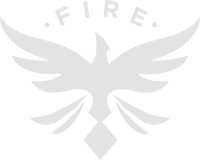 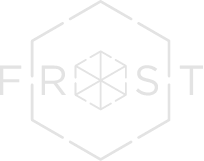 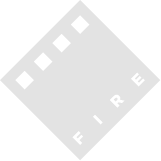 The most elegant Psychedelic Pop label in the World

One of our favourite indie imprints

Originally founded in 1984 by Clive Solomon and the late journalist Jonny Waller the label trailblazed through the late 80s and 90s before burning brightly and burning out, right before the indie revival. Fire was the original maverick Psychedelic Art Pop label born out of the DIY independent label boom of the late 70s, and for sure, the Blue Aeroplanes with their revolving troupe of poet, dancer, record scratcher and massed guitars, were absolutely the closest thing around to the Exploding Plastic Inevitable of old; it intrigued and entranced with the splendidly surreal tales of early Pulp; embraced the famed pop shambolism of the Television Personalities, the baroque pop of the Moles, the legendary lo-fi art-rock terrorism of Half Japanese, and a wonderful tapestry of outre pop stretched over 30 years; and then on a tangential path, lay the pastoral psychedelia of Lives Of Angels and the overarching sonic sounds of Spacemen 3, right up to the bombastic majesty of Bardo Pond or the transcendental psychedelic primitivism of garage rock’s lounge lizard and unsung hero, Dave Cloud.

The turn of the millennium has seen Fire rise, phoenix like, under the direction of James Nicholls.  Modern day Fire Records combines the cosmic pop of Jane Weaver, Virginia Wing, Islet and Pictish Trail with the haunting ambience of Death And Vanilla,  the aural tapestries of Faten Kanaan, the other worldly spirituality of Josephine Foster , the freak-folk mysticality of Brigid Mae Power, the choral ambience of Lucy Gooch and the uncategorizable and universally acclaimed Vanishing Twin to become “the industry’s leading Psychedelic Pop label” (Billboard)

Fire has simultaneously developed one of the most impressive rosters of influencial alternative artists, at the top of their creative game. Amongst the labels many established artists are The Lemonheads, Kristin Hersh and Throwing Muses, The Bevis Frond, Half Japanese, Sebadoh, The Black Lips, Howe Gelb & Giant Sand, The Chills and more.  A full list of our current artists can be found here

In recent years James has established the label overseas, including the North American base in New York City, as well as igniting new ventures that have taken us above and beyond the scope of a traditional record label.   The ever-expanding Fire Group now includes:

Reissue specialists and award nominated EARTH RECORDINGS most recognised for its work with the Bert Jansch and Mikael Tariverdiev estates as well as a series of deluxe sets including the recent end-of-year chart-hogger Trees.

A series of specialist sub labels including acclaimed dystopian Soundtrack label FROST which has released everything from multi award winning Lady Bird, the soundtrack to cult TV shows Halt & Catch Fire and Black Mirror and classics like Blue Velvet,

Fire Records is the recording industry teammate I’ve searched for since I started my first band. They are by far our best hope for the future of real music

We could never have expected the change of perception and the resulting commercial response that James and his brilliant team brought to the challenge of our 50th anniversary relaunch; all we knew we wanted was to leave our small, reliable catalogue in a better place for posterity. What we got was total commitment, total sensitivity to our wishes, and a breadth of understanding which suggests that they know us better than we ever knew ourselves

It’s getting harder and harder to be an independent label and an independent musician, but Fire have shown that both are still possible without compromise. What a fantastic gang of people to work with!

You have got to be doing something right if you can keep a label running successfully for 35 years - it needs great artists, classic albums, and just as importantly huge amounts of passion and enthusiasm. Fire have all these in abundance - an amazing history of signing new acts such as Vanishing Twin and Brigid Mae Power

Fire have been an absolute pleasure to work with. Genuinely passionate about the releases across all their imprints. Creative and smart thinking and delivered with humour and insight