How do you write about a musician who has spent more than 30 years defying musical conventions? You could trot out all the cliche rock-critic terms: seminal, hyperbole, incendiary, eponymous, masterful, achingly poignant, priceless, alt-country, old-school, outlaw. Some of those might even fit if you shoehorned them into context.

Howe Gelb long has been saddled with such titles as ‘godfather of alt-country’ and ‘elder ambassador of desert rock’. When confronted with such accolades, he clears his throat, amused and a little embarrassed, and he ponders. His summer-sun squint turns into a twinkle when he finally asks his questioner, ‘What do you think of it?’.

In three decades he’s managed to mash elements of rock, country, blues, punk, garage, lo-fi, jazz, gospel, avant-garde noise and flamenco gypsy music. Guitar and piano are his weapons of tumult. He sings like a gruff angel, a town crier tapping you on the shoulder, reminding you that the world need not be seen in the conventional ways to which we revert when the world goes blurry.

He weaves impressionistic imagery into personal narrative and indulges listeners in expansive observations of the world. In his early years there had been comparisons to artists along the paradoxical lines of Neil Young, David Byrne, Bob Dylan and Captain Beefheart, comparisons that all fit clumsily. Nowadays, other artists get compared to Gelb.

He was born October 22, 1956 in Pennsylvania – to which only a grey-tinged beard attests – and moved to the desert as a young man in the mid 1970s. When not on the road, he lives with his family – two kids in school, another grown and on her own – in an old barrio in downtown Tucson, Arizona. Endlessly restlessly wanderlusted encrusted, he’s well settled in the desert caliche where it takes him an hour to dig a small hole, and 3 days to change the cooler pads.

He’s collected bands in Denmark, Spain and one with a full gospel choir attached in Canada, but they call his music Americana anyway. Howe just says he’s ‘from Earth’. In 1980, Gelb formed the post-punk band Giant Sandworms, with his close friend Rainer Ptacek; renowned blues-oriented slide guitarist and beloved Tucson icon. Rainer died from brain cancer in 1997, and you can’t talk long with Gelb without his name coming up. They went on to record together for years before his untimely demise.

Giant Sand emerged in 1983 and released that group’s debut album, ‘Valley of Rain’ in 1985. In the 25 years since, he has released an estimated 40 albums or so. He’s not sure of the exact amount. Since his first record release came about by handing his demo tape over ‘in a less then lucid state’ to a touring band’s manager passing through Tucson in the early 80s, so had Howe continued the tradition by accepting the demos and facilitating the first releases of Grandaddy and M. Ward along the way.

2010 was a busy year for Howe Gelb and Giant Sand. The successful release of Giant Sand’s first new record on Fire Records ‘Blurry Blue Mountain’ marked a new chapter, whilst the prolific Gelb also found time to release a solo album with ‘A Band of Gypsies’. Recording in Cordoba, Spain during visits to the Andalucia city over a number of years, the group, featuring guitarist extraordinaire Raimundo Amador, released ‘Alegrías’, a  genuinely beautiful and seamless blend of Howe’s infectious drawl with the vibrant warmth of a stunningly gifted set of flamenco musicians.

For his next release, Giant Sand would go big, quite literally. Increasing in size to match Gelb’s big idea of a country-rock opera, Giant Giant Sand were formed and tasked with realising the vision that is ‘Tucson’. It is a sprawling yet personal 2xLP release which loosely follows the story of a drifter in the Arizona country. There are ballads, blues, desert rock and all else in-between.

Over the course of the last decade, Howe Gelb and Giant Sand have continued to evolve, skipping from genre to genre, revisiting old songs and continuing to build and evolve a unique body of work. 2018’s ‘Returns To The Valley Of Rain’ and 2019’s ‘Recounting The Ballads Of Thin Line Men’ saw the band re-record seminal albums, shining a new light on the songs and celebrating the band’s rich catalogue. Howe Gelb, residing in Tucson (Arizona), continues to look forward, innovate and reinterpret the great traditions of our musical history – where he goes next, we will simply have to wait and see. 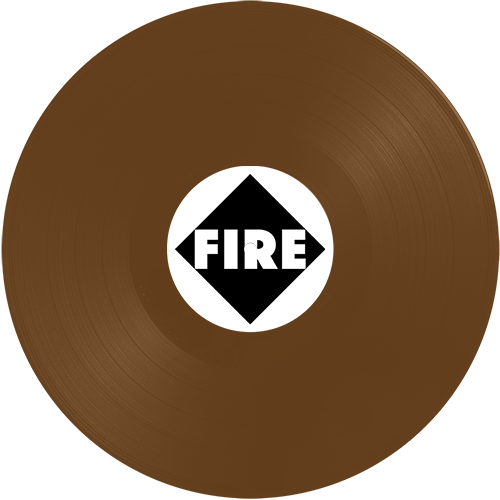