The Bevis Frond (by Liza Skelton)

The Bevis Frond (By Liza Skelton)

The Bevis Frond (By Pete Stevens)

If there is any artist who could be considered as having followed a tangential path from Hendrix to Big Star to Spacemen 3, that would be The Bevis Frond… and that’s not hyperbole, the evidence is to be found in countless albums over 30 years of thrilling musical innovation that few have matched. Filtered through The Groundhogs, The Who, Neil Young, Captain Beefheart and Kevin Ayers, this is an iconoclastic collision of distinctly British psychedelia, space-rock, grunge, slow-burning soulful laments, even grizzled folk and more than occasional moments of sublime pop genius. Yet, he remains the best kept secret in Rock ‘n’ Roll – isn’t it about time you discovered one of England’s finest songwriters and insightful lyricists. The Bevis Frond is guitarist and songwriter extraordinaire Nick Saloman who’s prolific output has seen him hailed as “a Hendrix devotee ever bit as tough and contemporary as the serrated guitar chorales of Sonic Youth and Pixies” by Rolling Stone’s David Fricke and become a cult figure in his own right.

A labour of love and fiercely independent with an uncompromising vision under his own label Woronzow, Saloman is also ex-co-publisher of respected ‘Ptolemaic Terrascope’ psych magazine and owner of Sussex-based second-hand record shop. Revered by his contemporaries he has remained firmly on the periphery whilst being hugely influential. Saloman has released no less than twenty-two albums under The Bevis Frond name with many collaborations and releases under various pseudonyms. Sounding as bracing today as he did then, he constantly writes with his musical journey beginning as The Bevis Frond Museum and later The Von Trap Family.

Following a motorbike accident that almost left him unable to play, he revived The Bevis Frond name using his compensation to set up a basic home recording studio. Armed with a four-track portastudio he began recording his completely self-made stunning debut ‘Miasma’. Playing and writing everything on ‘Miasma’ the record was released through his label. Following a call from Margate’s Funhouse Records who specialised in psychedelia they requested the album. A few weeks later requested more copies, completely taken back and now completely sold-out, he repressed. The next year tripped out ‘Inner Marshland’ (1987) followed with the anglophile’s dreamscape of “Termination Station Grey” and epic psych-blues-rock rave up of “I’ve Got Eyes in the Back of My Head”.

Not expecting things to take off, Saloman began to dig out music he had written over the years and a wave of material was released including ‘Triptych’, ‘Bevis Through The Looking Glass’ and ‘Acid Jam’. Seventh album was double LP ‘New River Head’ (1991) featured David Tibet and Barry Dransfield. Even stronger records ensued and the 90s brought ‘It Just Is’, ‘Superseeder’ and ‘Son of Walter’. In 2015 his twenty-second record ‘Example 22’ was released to critical acclaim, produced by Nick Saloman and Dave Palmer it features Paul Simmons (guitar), Bari Watts (guitar), Dave Pearce (drums, vocals) and Nick. The Bevis Frond have ultimately become the UK’s leading underground psychedelic rock band with supporters such as comedian Stewart Lee requesting them for his self-curated All Tomorrow’s Parties.

Fire Records started re-issuing The Bevis Frond catalogue on Record Store Day 2016, with the vinyl re-pressings of ‘Miasma’ and ‘Inner Marshland’. This was followed by ‘New River Head’, ‘Any Gas Faster’, ‘London Stone’, ‘Superseeder’, ‘It Just Is’ & ‘Sprawl’ later that year. In 2017 ‘Keep On Moving’, ‘Bevis Through The Looking Glass’, ‘Triptych’ and ‘Son Of Walter’ received re-issues too. Fire also stepped up to bring new Bevis Frond material to the world, bringing out the double-disc ‘We’re Your Friends, Man’ in late 2018. The labour continued with ‘Vavona Burr’ and ‘North Circular’ re-issues for Record Store Day 2019.

In 2021 The Bevis Frond announced hotly anticipated new double album ‘Little Eden’ out 10th September, on the band’s 35th Anniversary. ‘Little Eden’  is a psychedelically-hewn panoramic take on modern Britain punctuated with pure pop melodies and beautifully-observed English melancholy; like Ray Davies coming down as he muses on the collapse of British tradition and traditionalism. This is an album that yearns for better days signposted by the brutalism of the housing estates that main man Nick Saloman photographed for the cover.

The Bevis Frond – Son Of Walter 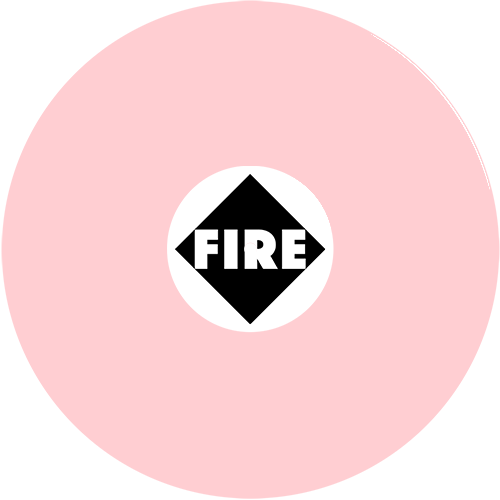 The Bevis Frond – Through the looking glass

The Bevis Frond – It Just Is

The Bevis Frond – Any Gas Faster