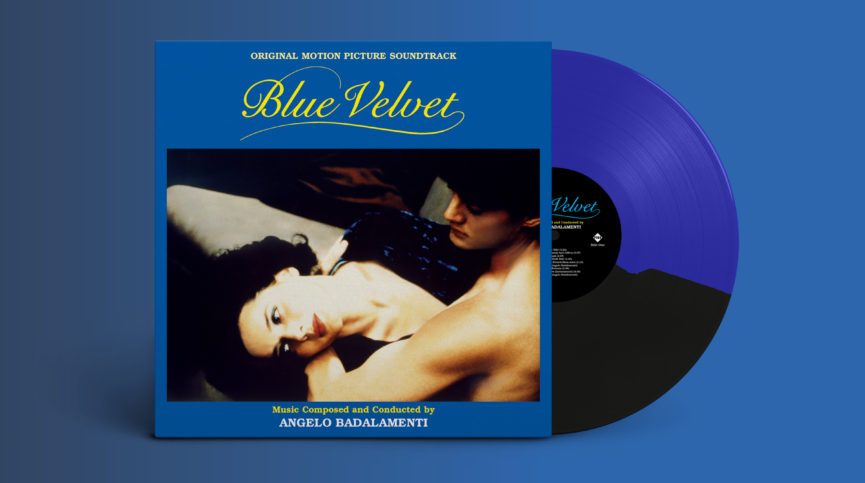 A mix of orchestral pieces from composer and conductor Angelo Badalamenti inspired by Shoshtakovich’s 15th Symphony mixed up with trashy Hammond-led boogie and overblown baroque pop from Roy Orbison and Ketty Lester, suitable for any dive’s jukebox.

A precursor to Lynch’s Twin Peaks and Mulholland Drive, Blue Velvet sets a template for ethereal noir soundtracks in a modern, quite disturbed age.

One of Entertainment Weeklies 100 Best Soundtracks Of All Time

“The shock of the new fades by definition, but it has hardly done os in the case of Blue Velvet.” Dennis Lim, Salon, 2016

“The haunting soundtrack accompanies the title credits, then weaves through the narrative, accentuating the noir mood of the film.” — Critic John Alexander, The British Film Resource.

PLEASE NOTE – The finished split colour vinyl may vary in hue in comparison to the pre visualised render provided.

This release will be out on the 8th of September 2017

Copy and paste this URL into your WordPress site to embed

Copy and paste this code into your site to embed